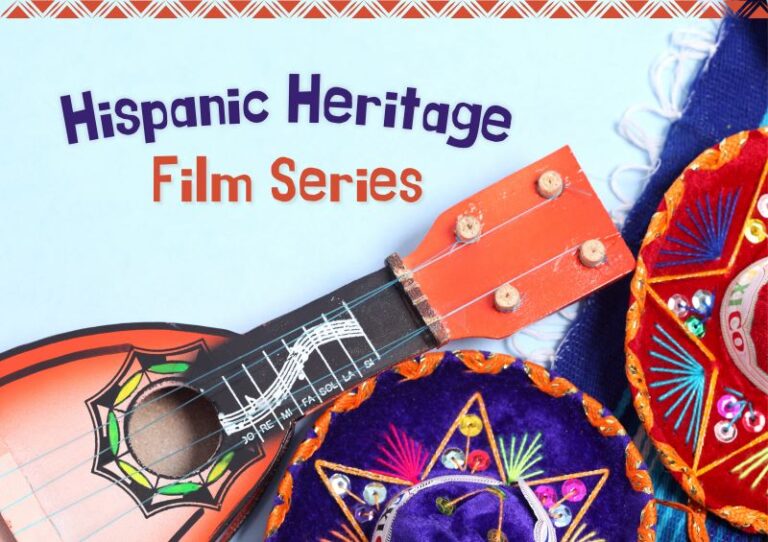 Join us Friday afternoons during Hispanic Heritage month for a look at the film art and the cultures of our Hispanic neighbors in the world and right here in our community. Films in this series will be shown in Spanish with English subtitles, or in English. Note that NR films may not be suitable for all audiences.

September 16, 3:00 p.m.: Connected by Coffee: Latin American Coffee Farmers (2014, 69 minutes, NR)
This documentary travels from Mexico to Nicaragua to tell the story of native farmers of one of the world’s most ubiquitous commodities and their recent efforts to empower themselves through fair trade efforts. Voices from growers to trade leaders share the significance of Central American coffee cultivation to its people and the world. In English and Spanish with English subtitles.

September 16, 4:30 p.m.: El Cacao: the Challenge of Fair Trade (2015, 19 minutes, NR)
This short film explores the lives of the farmers and the challenges of the chocolate industry for an indigenous community in Panama that farms this global superfood. The documentary explores the economic and human rights implications of the chocolate trade and the problem of high prices and low wages. In English and Spanish with English subtitles.

September 23, 3:00 p.m. : Museo (2018, 126 minutes, R)
This film festival favorite from 2018 chronicles the capers of two men in suburban Mexico City – including favorite Gael García Bernal – that set out to steal a pre-Hispanic artifact from the National Anthropology Museum. Based on an actual theft, this dramatic heist film delivers humor and weighs history against the present. In Spanish with English subtitles.

September 30, 3:00 p.m.: Tesoros (2017, 95 minutes, G)
6 year-old Dylan fantasizes about pirates and is determined, with the help of his new school friends in Barra del Potosí, to find a treasure he is sure Sir Francis Drake has left for him to find. Writer and director María Novaro plants a child’s fantasy movie firmly into the real world of Mexico’s Pacific coast colors, children, and culture for all to enjoy. In Spanish with English subtitles.

October 7, 3:00 p.m.: Roma (2018, 135 minutes, R)
This Best Foreign Language Film of the 91st Academy Awards follows the lives of a live-in indigenous housekeeper and the family she works for in the Roma neighborhood of Mexico City. This slice-of-life film also won for Best Cinematography and Best Director with nominations in the overall film category for Best Actress and Best Supporting Actress. In Spanish and Mixtec with English subtitles.