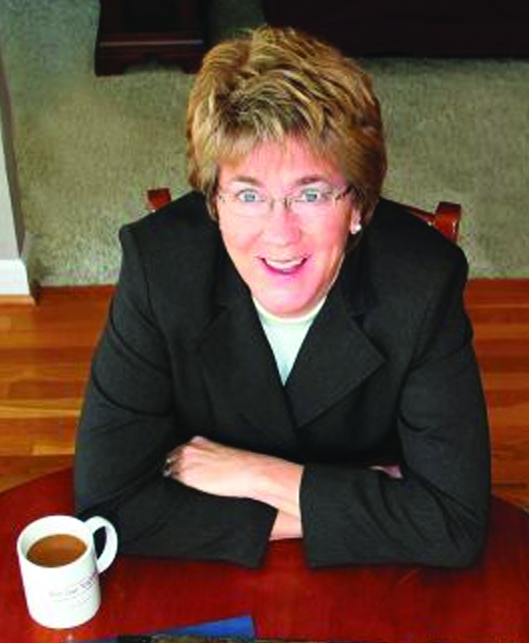 Meredith spent 25 years in the newspaper industry working for small, medium, and large newspapers in a variety of positions including sales, marketing, distribution, production, management, and publishing. She has published small community newspapers in Alabama as well as military newspapers at Camp Lejeune, NC and Fort Hood, TX. While she earned a degree in Journalism from the University of North Carolina, she never had the opportunity to write professionally until she started her own magazine. Next Door Neighbors provides a creative outlet for someone who is a self-described “jack of all trades, but master of none”. Meredith wears many hats as the publisher of a small magazine – writer, editor, proofreader, salesperson, graphic designer, photographer, bookkeeper, and office manager.

Her most important role, however, is to find and utilize the astounding creative talent that has made the magazine popular.

Narielle Living is the president and founder of Blue Fortune Enterprises, a publishing company who believes that books have the power to change lives. She is also the editor for the Williamsburg magazine Next Door Neighbors and has written hundreds of do-it-yourself articles for online magazines. She is the author of the mysteries Signs of the South, Revenge of the Past, and Madness in Brewster Square, and co-authored Chesapeake Bay Karma—The Amulet. Her fiction appears in the anthologies Christmas in Virginia and Harboring Secrets. She edits both fiction and nonfiction and loves helping other writers achieve their goals. A former massage therapist and healing arts educator, she studied Philosophy and Religion at Albertus Magnus College in New Haven, CT.

We have very talented writers, and a photographer who are dedicated to bringing you quality stories each month. To see a current list of these individuals, please look for the information box in each issue of the magazine with the heading Next Door Neighbors.