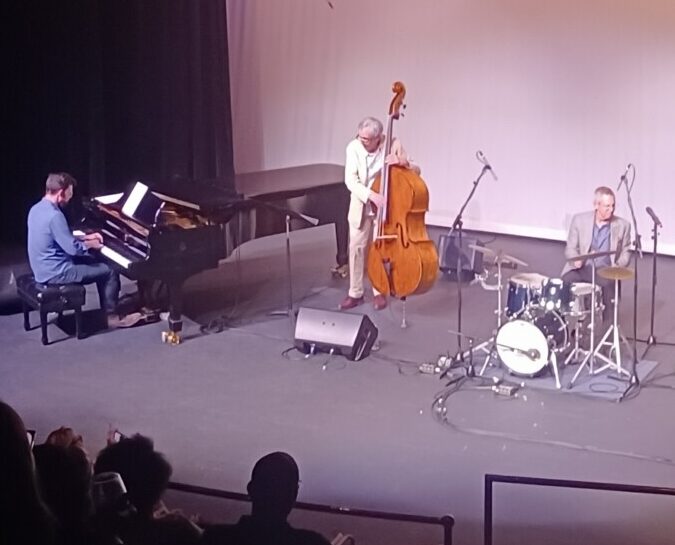 Their “Celebrating the Moment” concert will include a varied repertoire of jazz classics drawn from the American Song Book, original compositions, and well known popular tunes. The performance will highlight the trio’s arrangements and improvisational skills.

Tickets: $5 (Friends of WRL $4)
This pricing is made possible by the Friends of Williamsburg Regional Library Foundation. This project was supported in part by the Virginia Commission for the Arts, which receives support from the Virginia General Assembly and the National Endowment for the Arts, a federal agency.

Daniel Clarke is a multi-instrumentalist/songwriter/producer/teacher born and raised in Richmond, VA. He has anchored Richmond-based groups such as Modern Groove Syndicate, the Devil’s Workshop Big Band and Neighborliness, and has gone on to perform and record all over the world. His playing has been heard everywhere from the White House to the Opening Ceremonies of the 2010 Winter Olympics. His ear for quality has made him a sought after collaborator by artists such as k.d. lang, Ryan Adams, The War on Drugs, Mandy Moore, Jason Mraz, René Marie, and countless others spanning all genres. Daniel has also served as the Music Director for SPARC’s Live Art, a program at the leading edge of arts education, integrating performing arts curriculum with special education to create a unique and powerful program for students of all abilities.

Paul Langosch began his studies on the double bass in 1969. He has worked with many of the leaders in the jazz world including: Phil Woods, Tal Farlow, Al Cohn, Mose Allison, Johnny Hartman, Bud Shank, Zoot Sims, Barney Kessel and Herb Ellis. Paul’s touring credits include tours with Jon Hendricks, George Shearing, Rosemary Clooney, Mel Torme, Susanna McCorkle and Conte Candoli. In 1985, Paul was invited by Tony Bennett to become a permanent member of his trio. His association with Mr. Bennett lasted over 20 years.