The Story of the Coelacanth 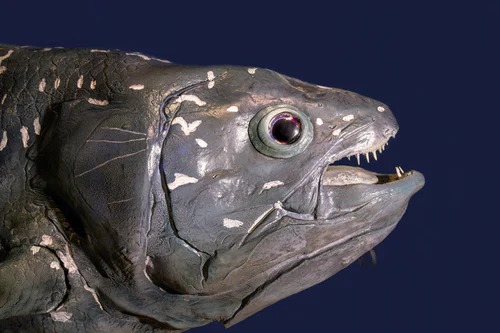 The Coelacanth is a fish thought to have gone extinct more than 65 million years ago, until a living specimen was caught by commercial fishermen in 1938 in South Africa. In the more than 80 years since its discovery, scientists have learned a great deal about this living fossil. Join Dr. Eric Hilton, Curator of the VIMS Nunnally Ichthyology Collection, as he tells the thrilling story of the Coelacanth, from its fossil record to its unlikely discovery, where it lives, what it eats, and why it is thought to be more closely related to four-legged land animals than to other fishes.