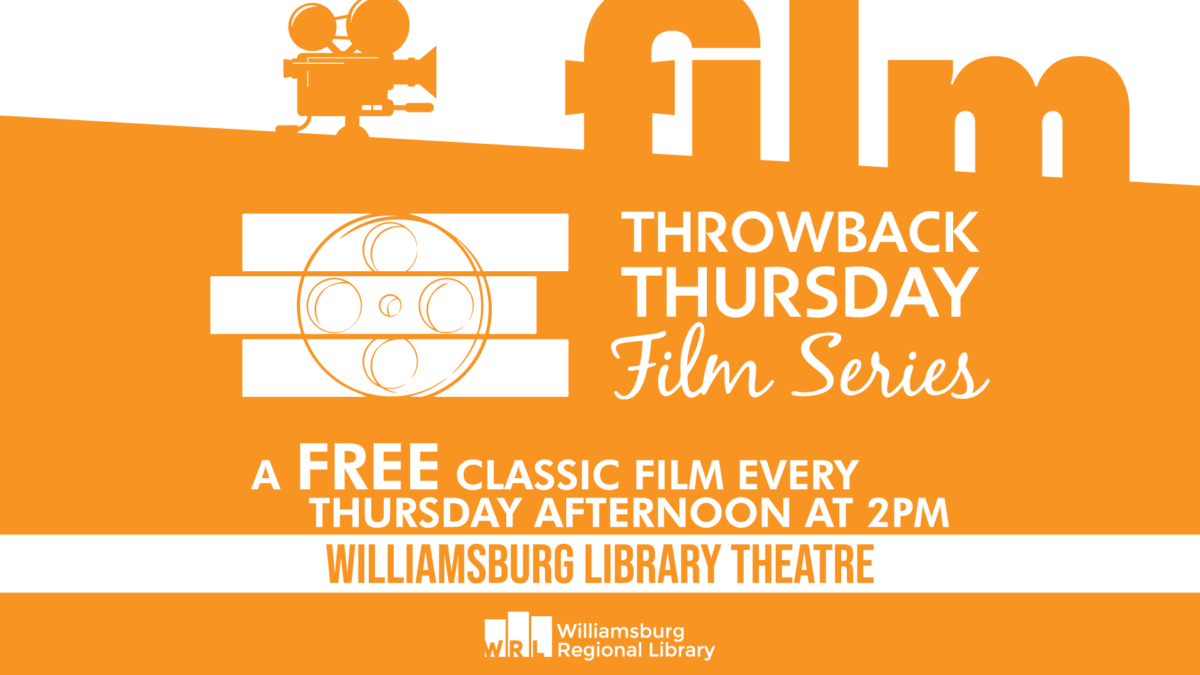 Now in its 20th year, the Throwback Thursday Film Series screens a variety of classic and contemporary movies for an adult audience. All films are shown in the Williamsburg Library Theatre.

January’s theme: Based on a True Story

January 12, 2:00-3:25 p.m.: He Walked by Night (1948)
Richard Basehart plays a cunning and ruthless criminal being hunted by the police in this tense film noir. Based on an actual murder case, the film costars Scott Brady and Jack Webb, who copied the film’s documentary/police procedural style for his TV series Dragnet. NR 1hr 19min