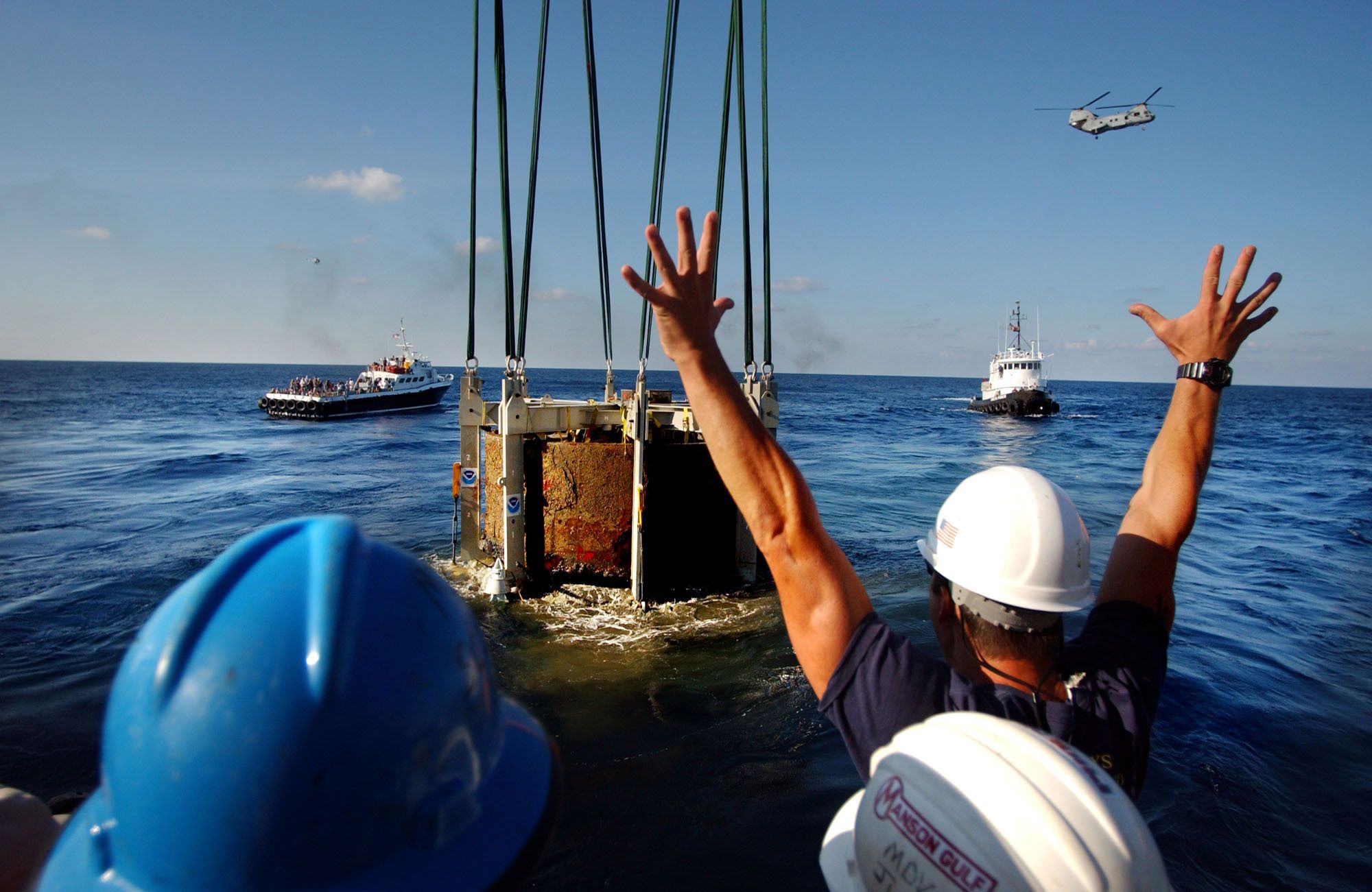 Celebrate the 20th Anniversary of USS Monitor’s turret recovery with us!

On August 5, 2002, the turret of USS Monitor broke from the water and emerged into daylight for the first time in 140 years. This year, we are excited to celebrate the 20th anniversary of this incredible achievement and those who set the groundwork to make it possible.

Bring your family and friends to a day of fun that includes:

➤ In-gallery Activities:
A special scavenger hunt exploring the USS Monitor Center and all of the magnificent stories it holds. Walk through the galleries and engage with The Mariners’ team!

What’s in my cannon? Mariners of all ages are invited to participate in a STEM-based archaeological dig using replicas of cannons found at USS Monitor‘s wreck site.

NOAA’s Monitor National Marine Sanctuary: Using a virtual headset, NOAA will take you 240 feet below the waves to explore Monitor and swim with the marine life that now call the shipwreck home!

➤ Lectures:
The Race to Save Monitor with John Broadwater, former superintendent for Monitor National Marine Sanctuary

Two Decades Conserving an Ironclad: An Overview of the Conservation of USS Monitor with Will Hoffman, Museum director of conservation and chief conservator